Google is THE place to work nowadays.  With lower acceptance rates than many Ivy league schools, sometimes it’s just better to fake it until you make it!

If you’re a software engineer, you admire them for their amazing suite of apps and constant innovation in programming.

If you’re a database fiend, Google has the some of the largest databases in the world for you to query your little heart out.

If you’re a web developer or graphic designer, then you admire their simplicity and cleanliness.

1) Make your own Google desktop computer based off Goobuntu!

Goobuntu is Google’s very own version of the free Ubuntu Linux operating system.  Today, August 29th , Thomas Bushnell, the tech lead of the group that manages and distributes Linux to Google’s corporate desktops introduced the world to some of the basic Goobuntu configurations and justifications for their choice during a great interview by ZDnet on LinuxCon.  You can download the latest version of Ubuntu off the Ubuntu website.  It is a great operating system with amazing functionality and performance.

2) Decide on the Location of your Google Office (You can click on the Markers and Find Open Positions!)

This shouldn’t be a hard one.

Casual wear is a must.  Jeans, button ups, geeky t-shirts.

You don’t need to understand all the acronyms, just use them frequently enough to confuse people.

First off, I do not wish for anyone to impersonate an employee at Google or create one out of thin air.  This is purely a speculative post about the style, culture, and tools involved with working at Google.  (*disclaimer: I have never worked at Google)

About the Author:
Justin Murray 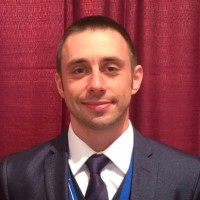 Justin Murray is the Owner and operator of Kickin Knowledge, a San Diego web design, development, and marketing company. With over 8 years of online marketing and website experience, Justin has a passion for building and promoting businesses on the internet. Justin studied Computer Science from Coleman University, with a concentration in Computer Networking, where he achievied certifications in A+ Computer Repair, as well as CompTIA Certifications in Computer Security and Networking.  Considered a "jack of all trades" when it comes to websites, Justin brings experience and dedication to Kickin Knowledge. Kickin Knowledge proudly specializes in Wordpress, Woocommerce, E-commerce, SEO, and PPC (pay per click like Google Adwords) marketing services.

Are you looking for the best in San Diego Website Design & Development? What about marketing services like SEO (Search Engine Optimization) and Google Adwords?

We are your #1 solution with the successful clients to prove it! Kickin Knowledge excels at search engine optimization, social media marketing, and PPC advertising (Google AdWords).

Find Us In San Diego, CA